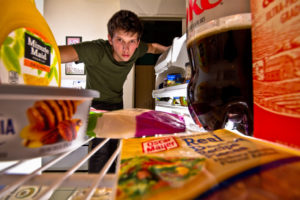 Although not an everyday occurrence, getting food poisoning from the office kitchen is a real possibility. Taking into consideration that numerous individuals occupy the office kitchen at any given time, storing food of all sorts in the same fridge, using the same kitchen counter and microwave to prepare lunch, and even making use of the same utensils (although they’ve been washed), it’s no wonder that your stomach may become prone to some bug at some stage in your office kitchen shenanigans.

Thus, in order to avoid succumbing to food poisoning from the office kitchen, it’s important to keep the following food safety tips in mind:

It’s important to refrigerate food within two hours of getting to work in order to avoid your food from spoiling. The last thing you want is bacteria multiplying in perishable food, eating it for lunch, and going home an hour later with stomach cramps and possible vomiting (as gross as that may sound)

Unpasteurised milk, in particular, which may carry harmful bacteria such as E. coli, listeria, and salmonella should be avoided by pregnant women, children, and those with compromised immune systems. These bacteria can cause serious illness and even death, so it’s best to purchase milk that has been treated.

Related: How Clean Is Your Office Desk REALLY?

Did you know? There are nearly 332,000 genetically distinct bacteria on your hands belonging to 4,742 different species. Thus, without us having to tell you to wash your hands before and after handling food, the above-mentioned information should be enough motivation to do so.

Surely, you will have leftovers for lunch at some stage in your career. Thus, in order to kill all dangerous bacteria before consuming your lunch, it’s best to reheat your leftovers at 75°C; avoiding the possibility of food poisoning and missing work altogether.

Not only can old sponges and dish rags contain harmful pathogens, it’s also a gross practice to keep using the same sponge for months. It may not seem like a big deal, but it’s important to switch to a new sponge every couple of weeks; especially if it is used by a few people in the office.

There’s a huge misconception that you have to let food cool before placing it in the fridge, however, that statement couldn’t be further from the truth. You should always immediately place food in the fridge if the outside temperature is higher than 30°C. Failing to do so may result in illness-causing bacteria to flourish.